Located in the northern part of Kagoshima Prefecture, Kirishima is well known for its misty mountain peaks, plentiful hot springs, verdant greenery, and a strong connection to Shinto mythology. Kirishima is said to be the place where Ninigi-no-Mikoto, grandson of the Sun Goddess Amaterasu, descended to Earth with the three sacred imperial treasures.

Nestled in the valleys between mountain peaks and their deities of old were the houses of the common folk; farmers, artisans, and merchants, making a living through agriculture and selling their wares, yet living in harmony with nature. Thatched rooves with plumes of grey smoke rising from irori hearths, the sound of songs and laughter after a day toiling in the fields, and the constant bubbling of healing hot springs were an integral part of pastoral life here for hundreds of years. But change came to Japan and the rural way of life gradually began to disappear.

A Forgotten Way of Life in Kirishima

Tajima Tateo is just old enough to remember the way things used to be. He recalls, “I grew up here and my friends were the mountains, the rivers, the fish. There wasn’t much to do, but that had its own appeal as well. This area, especially in the old days, was where we grew rice. That was the main occupation. The farmers would plant the rice, when they had time they would soak in the onsen, then go to harvest. To the farmers that was a good life. In the evenings they would have gatherings with singing, drinking, shamisen and drums. I can picture it now. They were great times.”

Onsen were a key part of daily life, not simply just a way to get clean, but almost fulfilling the role of a hospital with different springs being used for different purposes. Tajima says, “The people around here instinctively know which onsen to use. They think “Where does my body hurt?” People overseas just use the bath to wash their bodies, wash away dirt, wash away sweat, right? People in Kirishima live with the onsen. Without onsen we couldn’t maintain our bodies. In modern society we go to the dermatologist or the hospital. Onsen were used to both cleanse and heal the body in the same place.”

The Arrival of Modern Japan

As Japan began to modernise and young people from the countryside began moving to the city for work this style of country life gradually began to fade away. “The old way of life has completely disappeared now. Changes in society have meant that the old style of visiting onsen and using them for treatment has disappeared. Japan turned into an industrial powerhouse. As we become more industrialized, the places we used to celebrate and the healing onsen slowly disappeared,” Tajima laments.

Tajima’s parents ran a healing onsen for farmers in the region, but like many of his contemporaries he left Kirishima in search of work in the city instead of running the family business. “Originally I was a banker. Banks are very competitive. Now you have computers, back in the day we used an abacus! I’d add everything up by writing it down with a pencil. Interest, division, multiplication. Withdrawing and depositing money – you need to calculate quickly. Everyone around me was very quick, getting on with their work and I was the only one who couldn’t do it! Banking didn’t suit me at all. So I decided to quit. And that was exactly as the honeymoon holiday boom was taking off in Kirishima,” Tajima recalls.

Returning to the Kirishima Countryside

Tajima moved back to Kirishima and decided to create accommodation targeting the new wave of young honeymooners, but soon found himself in trouble. “I knew young people on their honeymoon would be coming so I told my parents they should do a business for them instead. They told me I should do it myself, and that’s how I got started. That was the start of Gajoen and my start in the accommodation industry. It seems obvious now but I thought I’d make a nice room with its own onsen, and a nice meal. I thought there’s no way people wouldn’t come.”

“When you make something… that dream can soon turn into a nightmare. And it turned out that my dream was the gateway to hell. I was imagining smartly dressed newlyweds smelling like Chanel No.5 would be turning up, so I put everything into building it. Absolutely nobody came.”

A construction project on a nearby power plant meant a stay of execution in the form of a three year contract to provide housing for workers at Gajoen. Tajima laughs as he recalls, “It just happened that a nearby power plant was being automated, and the construction would take three years. The company in charge asked if the workers could stay at Gajoen. The smell of Chanel No.5 turned out to be the smell of sweaty workers after a hard day toiling in the sun.”

With three years on the clock Tajima had to think hard about how to make Gajoen the kind of place that people would want to visit. He asked local travel industry stakeholders for their ideas. “One person told me give them a free beer, another told me to get pretty girls to pour their drinks. I did everything I was told and most of it had no effect. I was at a dead end.

There’s a phrase ‘a drowning man will grasp at a reed’. I’d try anything. The last bit of advice I got was to do organize a strip show. People staying here would go down to town after the evening meal and go and watch strip shows, and I was told if I brought a strip show to my place it would definitely be a success. So I did it. And it paid off in a big way! I even bought those flashing disco lights and everything!”

Tajima had found a temporary solution, but something didn’t sit right. “Doing that kind of thing just felt hollow and empty. I went to university, built the rooms by myself and end up doing this? It didn’t feel right.”

“A long time back people from here left their homes in Kagoshima to work in car factories, steel mills, and electronics factories in the big cities. When those people got a moment to think, I was sure they felt homesick for life back in the country. That was my way in. I thought I could create their ideal hometown here in Kirishima. That was the beginning of Gajoen.“

The True Value of Rural Japan

Leaving behind the shock and spectacle of the strip shows, Tajima realised his role was not to create something artificial and disposable, but to bring out the essence of the traditional Kirishima that he had seen as a young child. He says, “Here the lifestyle, the philosophy of the village is kept alive. I took a piece of idyllic Japanese country life, a snapshot of rural village life, and preserved it. It was amazing to have been able to realize that vision, but getting there and making it a reality was immensely difficult.”

“There are words in every language for places that evoke a sense of nostalgia. I wanted Gajoen to give that sense of nostalgia to people that visit. Perhaps even if the country is different, people have that feeling somewhere in their DNA. It’s very strange isn’t it?”

Tajima notes that our modern world has become obsessed with temporary distraction, but sees a shift in the way that the travel and tourism industry is heading. He says, “Now is a time of an excess of things, possessions. I’m starting to think we have finally come to the cusp of an era where travel is really an industry of culture. I’m not sure if this is the right way to express this but, travel is essentially history – the stacking up of time. Like a never-ending interconnecting chain where people and time are intertwined. It seems to me everyone is chasing after a culture that forgets this. Simply standing out, surprising people, impressing people in the short term. I think this is going in the wrong direction. People are forgetting that the result of civilization should be culture.”

He continues, “We have to think what travel and tourism is. It isn’t entertainment. It isn’t a diversion for amusement. Whether halfway up a mountain or on the sea, the geography of a place and the terrain determines how people live their lives there. The lifestyle of people who live on the sea, and those in the mountains, the Inuits in the north and the island of Bali, they are all different yet similar. Discovering the lifestyles of people in different regions is the real core of travel. By focusing on this, we use local things. Local food for example must be an integral part of the travel experience.”

A New Model for Kirishima Travel and Tourism

Over the years Tajima has seen discounting and price reduction strategies by travel companies erode the local lifestyles that give regions their unique charm. Of travel companies he notes, “Now companies try to import cheap things that look similar from abroad and in the process the valuable lifestyles that have been created over hundreds of years are destroyed by the travel and tourism industry. This needs to be rethought urgently. The price reduction and discounting the travel industry is doing now, always trying to make things cheaper, has a negative impact and in fact is directly destructive of the primary industry in the local areas that tourists visit.”

After creating a snapshot of rural life at Gajoen, Tajima moved onto a larger project – Tenku. At Tenku he has refined the idea of idyllic rural life even further, elevating it above the rustic nostalgia of a tiny hamlet and into one of Japan’s most exclusive and private resorts.

His dedication to supporting the local economy is unwavering. He says, “This is what I’m trying to achieve at Tenku. People tell me the prices are high, but in reality this is the true price of authentic regional tourism. The price is high because the ingredients, everything we use is of the absolute highest quality. And where do we buy this expensive produce? From local farmers. That is where the money goes to – supporting local people. The revenue from tourism should not be going to so-and-so travel incorporated. Instead it should be going to local people to support the local economy. How much local produce is being used should be the real measure of profitability. The impoverishment of local primary industry by tourism needs to be completely rethought.”

What Tajima has achieved over the last 30 years is a testament to what is possible for regional tourism with the right vision. Sustainable, authentic, and meaningful, a visit to Gajoen or Tenku is a true window into the best of regional Japan, and visitors can rest assured that local people are benefitting from their stay. 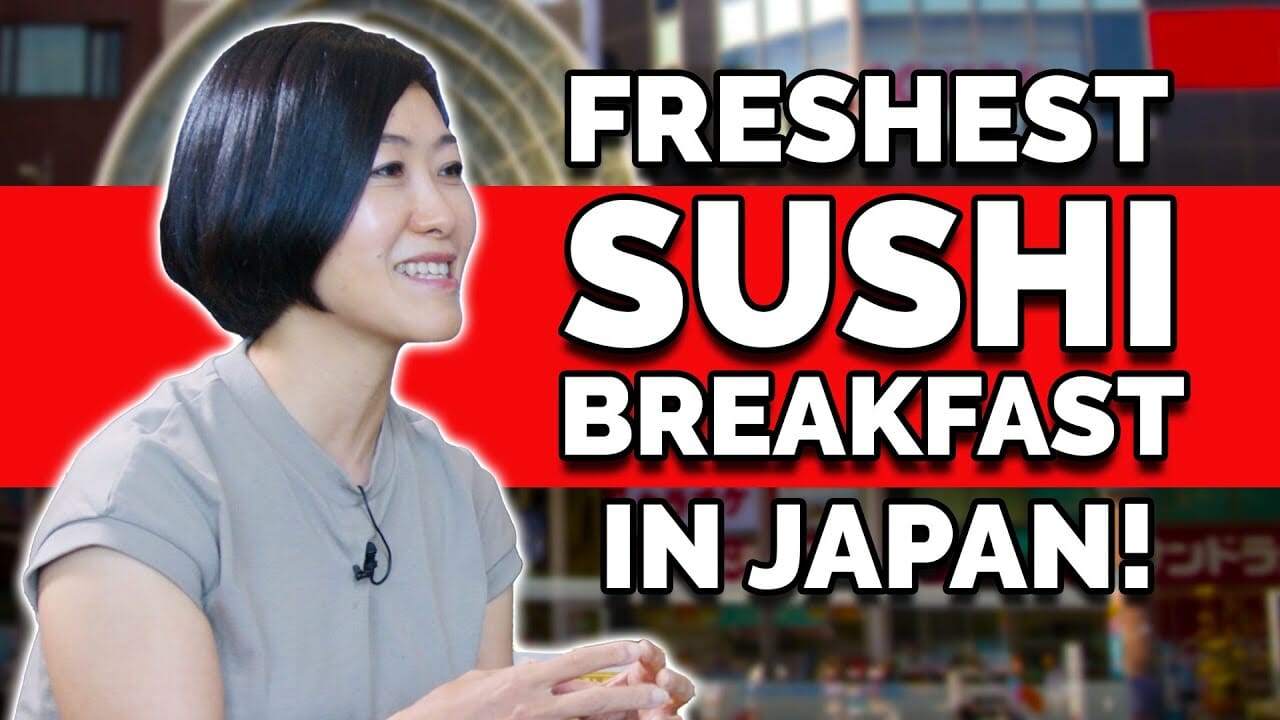 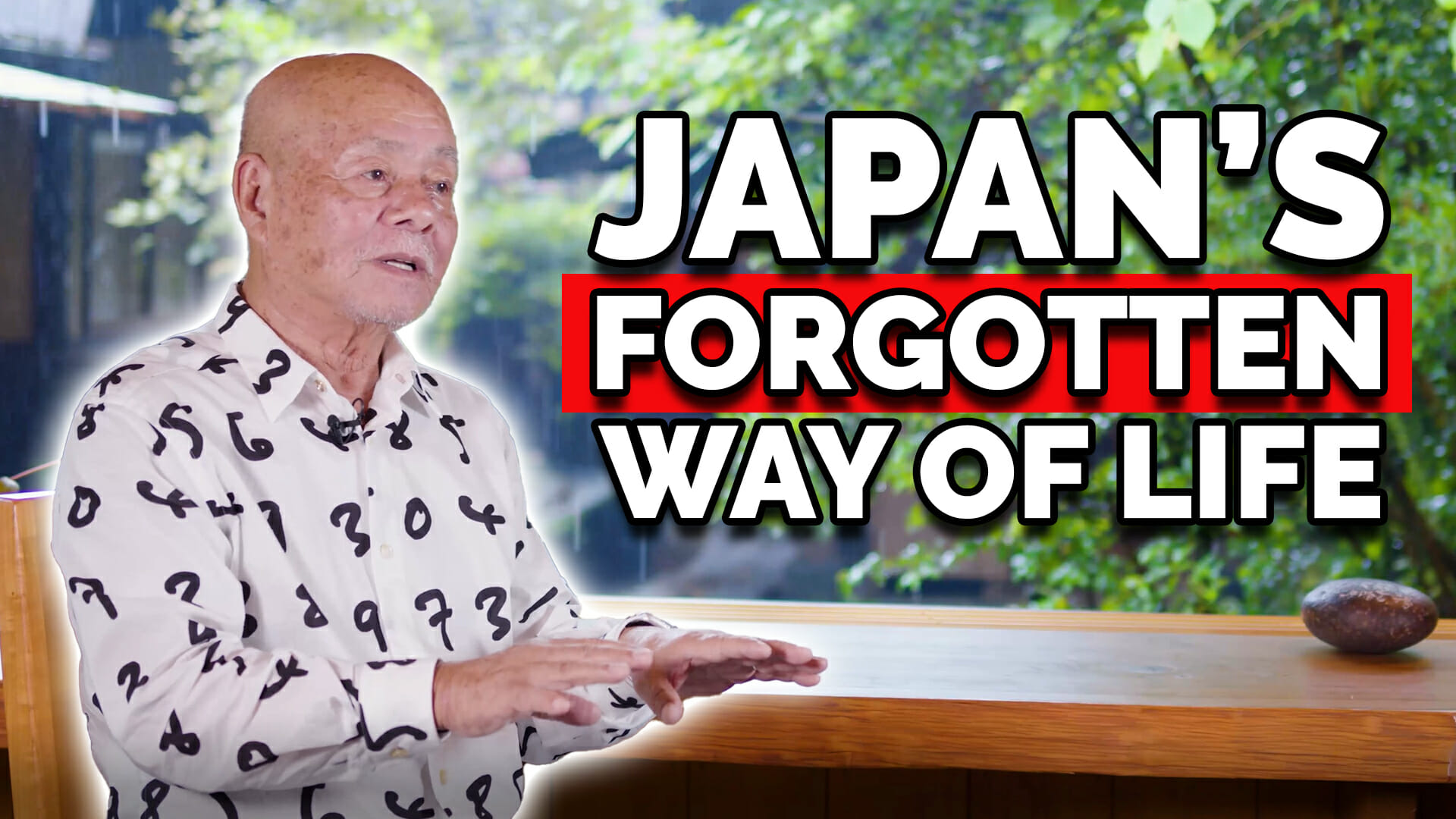